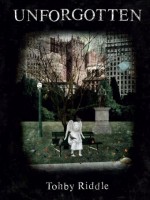 This is a picture book to treasure. Beautiful, beautiful, beautiful. The story is like (Doctor Who alert) ‘Blink’, only the angels are benign. So it’s also like (Wim Wenders alert) Wings of Desire, only not really, really long, and also suitable for children.

I’m a Tohby Riddle fan, and friend, but this goes well beyond any of his previous books. Shaun Tan says on the back cover: ‘Ephemeral as a feather, timeless as a rock, and as true as both.’

Doctor Who and Lindalee

Decades ago someone did a study of three different audience’s responses to an episode of Doctor Who. From memory, the focus groups were made up respectively of four-year olds, 13 year olds and PhD students respectively. All three groups loved the show. The first saw it as very funny because the Doctor was tricky. The second enjoyed the action–suspense. The third just loved the references to Buddhist cosmology.

Here’s a very young person recapping the first episode of the new season – be warned it’s full of spoilers, but be prepared to be delighted by a completely coherent reading. (Thanks to Stubby the Rocket at tor.com)

When this turned up on BookMooch en français I decided to seize the chance to brush up my French at the same time as crossing an Apollo Award winner off my TBR list. The plan worked out excellent well. The novel is a fabulously over the top fantasy, like an extended episode of Doctor Who, only there’s no Doctor to help out when the quantum mechanical (or in fact magical) time travel to the England of Coleridge and Byron, and beyond, goes horribly wrong. Or it could be likened to a Cairo Jim adventure with an organisation very like the Old Relics Society and a time-travelling Eng Lit scholar cum pseudo-werewolf in place of Geoffrey McSkimming’s poet-archaeologist: it’s got Egyptian gods, animated statues, history mysteries, but sadly no animal companions. It’s a vastly inventive, rip-roaring picaresque adventure, with a lovely array of grotesque villains, some almost Shakespearean crossdressing, and much derring-do.

Reading it in translation reintroduced me to the childhood pleasures of incomplete comprehension, guessing meaning from the context, sometimes with a fair degree of confidence, occasionally looking a word up, every now and then having a word’s meaning emerge into clarity with repeated appearances, and even – once in a while – knowing what a word means without knowing the English for it (I had to look up embarcadère, for instance, to translate it as landing stage, but I knew what structure it referred to without benefit of dictionary).  I could just about feel my neurons reconfiguring.

The other pleasure came from pace: I was forced to read slowly, so slowly that by the time I’d finished the prologue and the first chapter, I felt as if I’d read a whole book, so in effect I got four or more books for the price of one. This effect was helped, of course, by the episodic structure.

I probably missed a lot, though I did laugh out loud more than once, which means I got at least some of the jokes, and that’s supposed to be the hardest thing when you’re reading in a language you’re not fluent in. In fact, there was at least one joke that might easily have been tailor-made for my situation: a character says at one point ‘Psaume en chemise sans cote de quarte?’ and I wracked my brains (‘Psalm in shirt on side of quad?’ Really?), only to be relieved five lines later when the character articulates carefully, ‘Sauté en mille six cent quatre-vingt-quatre’ (‘Jumped to 1684?’ which is simply reiterating incredulously what someone else has just said). [I just Looked Inside This Book at Amazon, and found that the original poorly articulated line was ‘Jutmoop sidskeen eftee door?’, gibberish which I don’t think would create the same puzzlement in someone who knew English as well as I know French.]

If this had been a ‘serious’ literary work and I’d enjoyed it this much, I’d probably feel that I ought now to read it in the original. While I now have Tim Powers on my list of authors to look out for, I’m happy with one reading of this, happy to recommend it as a constantly surprising and delighting romp either in French or in English.