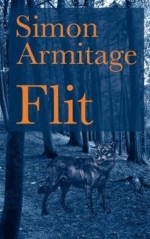 This handsomely produced book of poems and photographs (mainly taken by the poet) was published to coincide with a small exhibition at the Yorkshire Sculpture Park featuring a selection of the photos and a video of Simon Armitage reading some of the poems.

The Yorkshire Sculpture Park is brilliant: Henry Moore sculptures and sheep happily coexist in the fields, in wooded areas you stumble on Andy Goldsworthy’s extraordinary land art, an Ai Wei Wei Iron Tree stands outside a chapel, and there are any number of special exhibitions, including, when we visited in early May, the Simon Armitage room and Chihara Shiota’s Beyond Time, which fills a small building with floating memories of its past identity as a chapel. 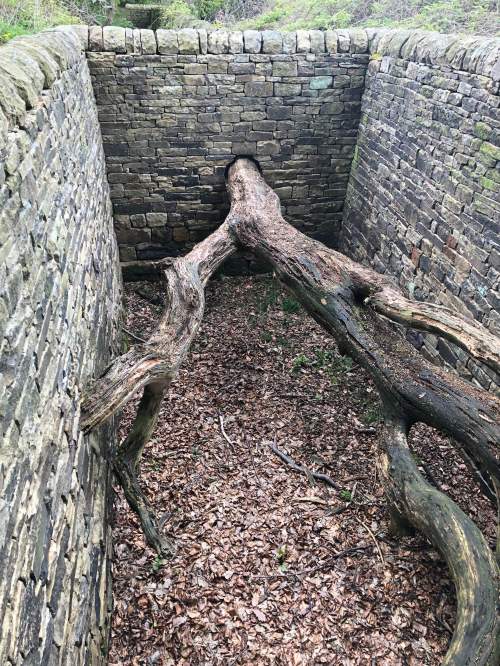 The fully illustrated publication comprises 40 poems by Armitage, who was poet in residence at YSP throughout 2017, its 40th anniversary year. […] Rather than writing a direct commentary on the Park, he has redefined it as its own country, the little known Ysp (pronounced eesp). Letting his imagination run wild, Armitage has mapped an elaborate, alternative reality that melds fact and fiction, creating a fanciful existence for both YSP and the poet himself.

The key word of that is ‘fanciful’. At least for this reader, the book hardly relates at all to the experience of the Park. Less than a quarter of its photos show any of the sculpture – most are of the park’s buildings old and new or of its woods and water, some with odd images collaged into them: a Vietnamese fisherman sitting on the roof of a shed; a paddle-steamer on one of the streams. The photographs are beautiful, and so are the poems, but for me the conceit falls flat – my main response to the Ysp poems (a queue that lasts for months, the legend of a great drought …) is impatience. I guess what I wanted, to use the words of the website, was ‘direct commentary on the Park’.

All the same the individual poems are a good read. I’ve heard Simon Armitage read on the radio, and am glad to have got to read some of his work on the page.

Here’s a spread that includes ‘direct commentary’ on a sculpture (an ekphrastic poem, to use the technical term): 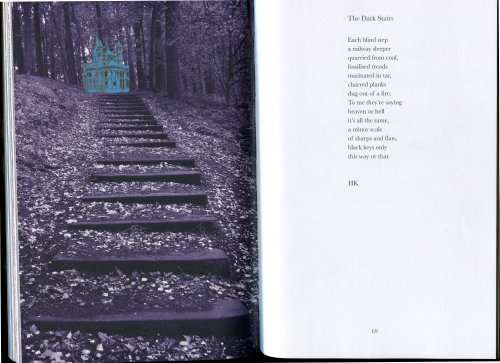 On the left is a photograph of David Nash’s ‘Seventy-One Steps’, with the image of an odd temple-like building fancifully, and to my mind awkwardly, inserted. In real life you encounter this sculpture as you walk through the woods, and if you weren’t on the alert you might just walk on the steps without realising they were a work of art, though you would probably register that they are a lovely piece of work.* What you can’t see in the photo is that the dark, hefty oak steps rest on 30 tonnes of coal which will gradually erode. (The work was originally called The Black Steps, but it has already changed enough that it has been renamed.)

On the right is ‘The Dark Stairs’, presented as a translation of a poem by Armitage’s invention, ‘Ysp’s most famous poet, HK’. It’s a 14 line response to the sculpture, the short lines themselves a bit like steps.

[Inserted later: I realised that the text is hard to read in that image, so here’s the poem in full:

Each blind step
a railway sleeper
quarried from coal,
fossilised treads
marinated in tar,
charred planks
dug out of a fire.
To me they’re saying
heaven or hell
it’s all the same,
a minor scale
of sharps and flats,
black keys only
this way or that.

The more I look at this poem, the stronger it feels. Where Seamus Heaney’s poem ‘Polish Sleepers’ spells out the dark associations of railway sleepers by invoking the Holocaust, Armitage (ventriloquising HK) invokes elemental forces of fire and fossilisation, and perhaps the spectre of global warming, and does exactly the thing that I had hoped for from the book as a whole, finding words that help name the feelings evoked by the work.

*One of the joys of the Park is that this is true of a number of the sculptures: you could easily miss the Andy Goldsworthy piece above if you didn’t happen to look over a low stone wall, and there’s a brass sculpture that looks for all the world like the exposed roots of trees.