Francis Webb once said that a poem was a meeting place of silences, or words to that effect. I don’t know if Webb would have taken to Pam Brown’s work (or vice versa), but the poems in Missing Up reminded me of his observation. It’s not that she writes things that ‘oft were thought but ne’er so well expressed’ (to invoke another unlikely poet), but I find in her poetry a kind of mental activity, the kind that generally precedes speech or even coherent thought, that is distractible, non-linear, associative, interspersed with snatches of other people’s words. I don’t know about you, but that’s the kind of activity that fills a lot of my silences. Pam Brown wrangles it into words.

Rather than try to say more about the book as a whole, let me have a go at a single poem. Here’s ‘Flat white’, which is far from being typical of the longer, non-linear, obliquely and sometimes grimly personal poems in this book, but which I’ve chosen partly because it’s the shortest in the book, and because I wanted to figure out what its title pun is doing:

First off, you can’t read this poem as you would a passage of prose, and that’s not just because of the line breaks. Like Pam Brown’s poetry in general, it asks for a different kind of attention: not requiring that it yield its meaning at a glance, but settling in, tolerating ambiguity and ok that some meanings and references may take a while to become clear, may even remain permanently inaccessible. I think I’m right in saying that if you feel like an outsider as you read this poem for the first time, then that’s not a bug but a feature: we’re not being addressed, lectured at or wooed; we’re eavesdropping – eavesdropping by invitation, if that’s a thing.

**** The next few paragraphs show me struggling to explicate the poem. I had fun and learned from the process, but you may find it a bit boring. ****

In the absence of conventional punctuation, some parsing is called for. Here’s how I read it – your mileage may vary.

The poem is in two parts, of 12 and 10 lines respectively. The first part ruminates on a project. ‘How to’ doesn’t introduce a set of instructions, but poses a question or challenge: how is one ‘to hold a genre & … handle filth … or … invent a few innocent new myths’. The reason for wanting to do these things is ‘to resacralize [sic the US spelling] the apostasy of the bourgeoisie’. The second part then offers a definition of the ‘bourgeoisie’, and in doing so indicates why the activities contemplated in the first half are called for.

So far, so straightforward. To complicate things, it’s as if a second voice heckles the first: when Voice A mentions genres, Voice B mutters in the reader’s ear, ‘Who likes genres?’; when Voice A mentions filth, Voice B adds a sarcastic, or perhaps clarifying, ‘und drang’; Voice B is surely mocking when she says, ‘Ring the bells!’; and then her question ‘The who?’ is the poem’s turning point. And I guess you could read the rest of the poem as integrating the two voices – the one who names the project and the one who derides it.

But grasping the structure doesn’t make the poem transparent. ‘How to hold a genre’ for a start: Harvard University’s Poetry Classroom lists 35 genres, from allegory to verse epistle – what does it mean to hold one of them? It’s probably not ‘hold’ as in ‘hold the mayo’ (though on first reading one may stay open to that possibility), but as in ‘grasp’. I provisionally take the phrase to mean to write a poem that follows clear conventions. As Brown’s work rarely fits into any established genre, perhaps here the poem’s speaker is wondering how she would go about doing this thing that she has no actual desire to do (hence Voice B’s interjection), or maybe she’s contemplating establishing a genre of her own, of holding her own poetry to some established form (in which case Voice B is questioning the worth of the project).

Then ‘hold a genre’ is paraphrased as ‘handle filth’: the meaning of ‘filth’ isn’t clear, and the interjected ‘und drang’ is funny, but hard to pin to a meaning. (I know I miss a lot of Brown’s poetic references, but I do know that Sturm und Drang was a highly charged German artistic movement, in which Beethoven was a major figure.) The line expresses emotional recoil from the idea of working in genres – the speaker likens it to handling poo. A quick internet search refined my understanding of Sturm und Drang: it translates literally as storm and yearning, which gives the joke an interesting twist: yes, to attempt that kind of poetry may be like handling filth, but that doesn’t stop the poet from yearning for it to achieve some higher end. (Alternatively, ‘handle filth’ may not be meant to paraphrase ‘hold a genre’ at all, but add to it, so the challenge is to hold to conventions while handling messy (filthy) and emotionally charged realities. Both readings can work, possibly at the same time.)

In the next lines the project becomes more ambitious. Voice B’s sarcastic injunction to ring bells and the deprecating irony of ‘few’ and ‘innocent’ (can myths ever be innocent) modify but don’t erase the ambition of ‘to devise … myths’. And ‘to resacralize / the apostasy / of the bourgeoisie’ sounds like a big deal. I’m inclined to take this phrase seriously, either as an aspiration or as a sorrowful recognition that something is needed, even though impossible. ‘The apostasy of the bourgeoisie’ is probably a reference that I don’t recognise – Google didn’t help me with it. The bourgeoisie have lost their sense of the sacred, perhaps of meaning, or not so much lost it as turned away from it: their sustaining myths are either dead or toxic/desacralised. It’s worth noticing, though, that the speaker isn’t contemplating reviving those myths, but devising new ones, not to reverse the apostasy of the bourgeoisie, but to (re)sacralise it. Whatever that means.

But bourgeoisie is such a nineteenth-century, Marxy term. Fair enough that the voice from the peanut gallery challenges it: ‘the who?’

The remaining nine lines answer the question in a single, only slightly obscure sentence: ‘they’re the ones / with unhappy consciousness / who are seeking / a brains & sex harmony motor / to spruce up / the non-lived / flat white life in natural surroundings.’

There is probably someone on the planet who doesn’t know that a flat white is a kind of coffee (cappuccino senza schiuma is how you order an approximation in Rome), that the cool people drink in some parts of the world. The phrase ‘the non-lived / flat white life’ is what drew me to the poem in the first place. Barry Oakley described marijuana as the new sacrament of rebellious middle class youth in the 1970s. This poem suggests that the flat white is currently the desacralised sacrament of certain alienated or spiritually lost middle class people. (When one of my sons was a teenager, he quipped that when God was giving out senses of humour, a certain adult thought he meant coffee and asked for a flat white. There’s a similar play of ideas here.) These are not the bourgeois who were shocked by Baudelaire; these are, more or less, Pam Brown’s people. (I don’t drink coffee, but the poem is pointing at me.) There’s discord between what they are seeking – ‘a brains & sex harmony motor’ – and what this poem has been contemplating – ‘to resacralize / the apostasy’. They want a mechanical solution; the poem is groping towards something more demanding. Their ‘surroundings’ are ‘natural’ only ironically, like Patrick White’s carefully natural gum trees in Barrenugli. No room for poetry to play a central role there: the poem ventures to consider the possibility, but recognises that the odds are against it.

The poem does all this while managing to feel tossed off (the technical term for which I believe is sprezzatura).

The Vagabond Press website has a very nice blurb on this book which describes the poems as ‘offbeat, fragmentary yet often discursive’, and includes this:

For Pam writing poetry is a habit, a disorganised ritual. Her poetic inventories begin in everyday bricolage. Real things interrupt the poems the same way thoughts and phrases do. You know – the fridge over there, the bus stop, surf music on a radio, a raisin squashed against a floor tile – always backgrounding a connection to the ‘social’ as the poems make political and personal associative links. 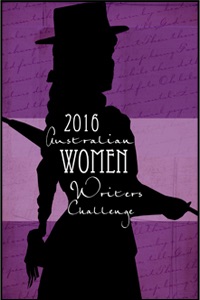 Missing Up is the third book I’ve read as part of the 2016 Australian Women Writers Challenge.

11 responses to “Pam Brown’s Missing Up”